Earnest Pugh Will Publish His First Book This Fall

Brandon Watson & Out Cry Team-up On "All This Time"

American sports icon, Tim Tebow knows firsthand what it's like to face pressure head-on. In Know Who You Are. Live Like It Matters (releases My 16), he shares the wisdom he's learned-not from what the world says, but from what God says in His Word.

Tim will guide you through thirty-six weeks of lessons, each based on a key Scripture, to discover who you are-by learning more about whose you are! You will also have the opportunity to write down your thoughts, feelings, and ideas on topics such as:
* Building godly character
* Maintaining great relationships
* Standing out from the crowd
* Doing things that matter in the big picture

The World Does Not Define You! Nobody said your life would be easy! And the older you get, the more difficult it seems to become. Deep down you may know your value as a person isn't defined by wearing cool brand clothes, scoring points for a sports team, or even by having a huge number of social media followers. And you're right! Your identity resides in something-in fact, someone-much greater than anything this world can offer: The only identity worth having...is found in Jesus Christ!

Get ready to live bigger than ever before...with your faith and identity secured in a God who loves you beyond measure! 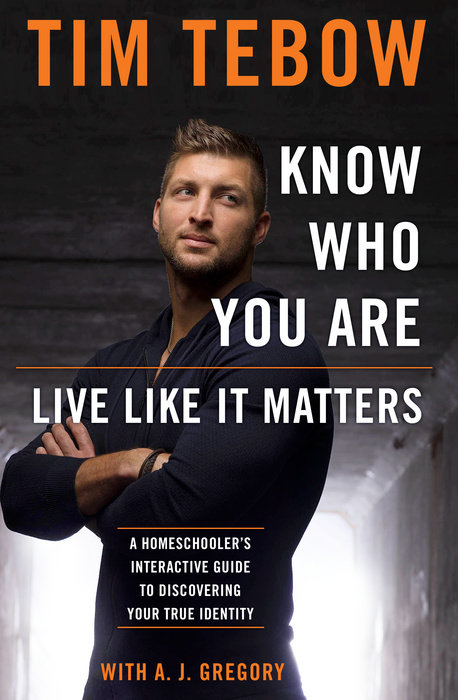 TIM TEBOW is a two-time national champion, first round NFL draft pick, and Heisman trophy winner. After playing in the NFL for the Denver Broncos and the New York Jets, Tebow joined the SEC Network. In addition to his role on SEC Nation, the network's traveling road show, Tebow contributes to a variety of other ESPN platforms. In fall 2016 he signed a baseball contract with the New York Mets. Through it all, Tim's true passion remains the work of the Tim Tebow Foundation which he began in 2010. The foundation's mission is to bring Faith, Hope, and Love to those needing a brighter day in their darkest hour of need. The foundation is fulfilling that mission every day by serving thousands of deserving children around the world.