The group will also be a featured performer at the live show on April 5, 2017 at The Grand Ole Opry house in Nashville, Tennessee..The awards will be hosted by Rhonda Vincent and Billy Droze, with performances by JasonCrabb, Jeff Bates, Mo Pitney, and more in addition to HIGHROAD.

Sarah Davison said, "It's an honor to be on the Opry stage where so many historic heroes of ours have played. We can't wait to be a part of this special night! "

Recently the group has also been in the process of producing a new video for their award winning song, "Christ My Hope, My Glory" (featuring Grammy Award-winning artist Jason Crabb). Their last two videos have been aired on the GAC network on Sunday mornings. They also were the featured performers and led worship at the 2018 Unspeakable Joy Women's Conference held on March 3rd. 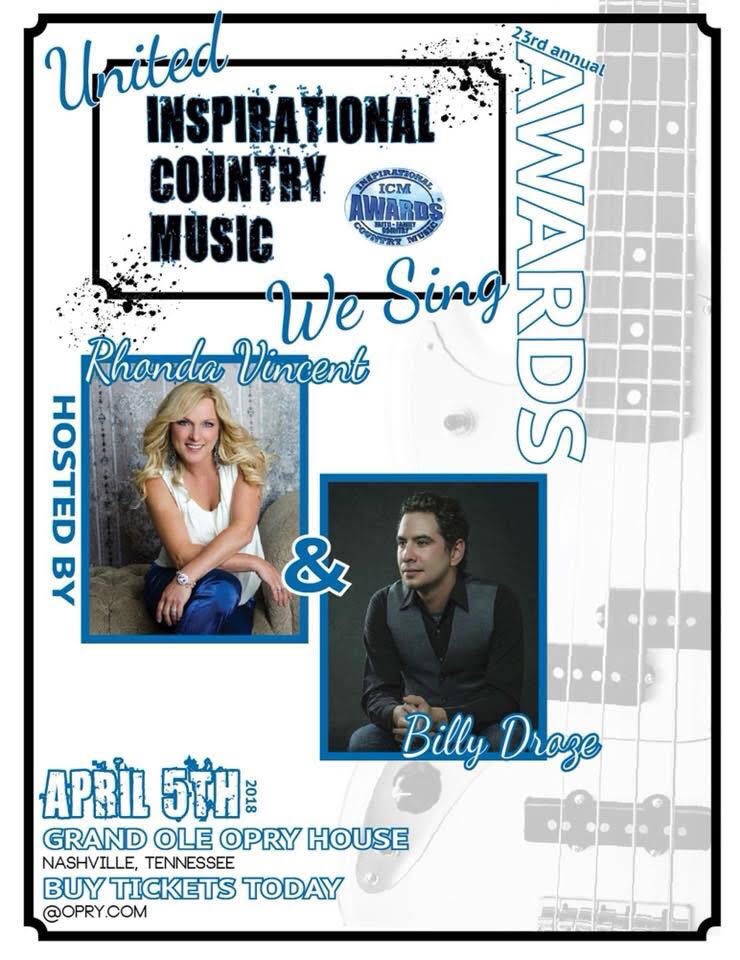 To purchase HIGHROADS music  click any of these icons or go to :