Brian Courtney Wilson Celebrates Juneteenth with "Be Real Black for Me"

Michael W. Smith Pays Tribute to His Dad with New Song and Book

SWITCHFOOT Reveals Details About New Album: "It's Our most Ambitious Album to Date"

Find Out What Critics Are Saying About Crowder's "Milk and Honey"

Hip hop record producer, songwriter, label owner and artist Lecrae has surprised fans with the release of the third installment of the Church Clothes mixtape series on January 15th.  Featuring 10 new songs, the set is a star studded event that features the vocal presence of E-40, Propaganda and KB. Production on Church Clothes 3 comes from Black Knight, GAWVI and S1, who executive produced the tape.

The first set of Church Clothes was released on May 3, 2012.  The title cut "Church Clothes" was released as a single and its video was noted for including cameos by Kendrick Lamar and DJ Premier. The video attracted almost 20,000 views in less than a day. Hosted by Don Cannon, the mixtape featured the song Darkest Hour, in which Lecrae collaborated with No Malice of Clipse.

Church Clothes was downloaded more than 100,000 times in less than 48 hours on DatPiff.com, and in less than a month reached 250,000 downloads, a platinum rating on the website. On June 25, 2012, a remastered version of the mixtape, without DJ Don Cannon, was released as an EP for sale on iTunes. Due to issues with sampling, this version was much shorter with only seven songs. Upon its release, the EP debuted on the Billboard charts at No. 10 on both the Christian Albums and Gospel Albums charts for the week of July 14, 2012.

Church Clothes Vol. 2 hosted once again by Don Cannon was released in November, 2013. The mixtape debuted at No. 21 on the Billboard 200, No. 1 on the Billboard Christian Albums and Gospel Albums charts, and No. 3 on the Rap Albums chart.On Datpiff.com, the album was download over 146,000 times by November 26, 2013.

Lecrae released his seventh studio album, Anomaly, in 2014. The album features appearances from Crystal Nicole, Kari Jobe, and For King & Country, along with label-mate Andy Mineo. The album also fared well commercially, debuting at No. 1 on the Billboard 200 with over 88,000 copies sold. It also debuted at No. 1 on the Top Gospel Albums chart, marking the first time that any artist has ever topped both the 200 and Gospel charts.

Lecrae's Church Clothes 3 album cover art and tracklist are below: 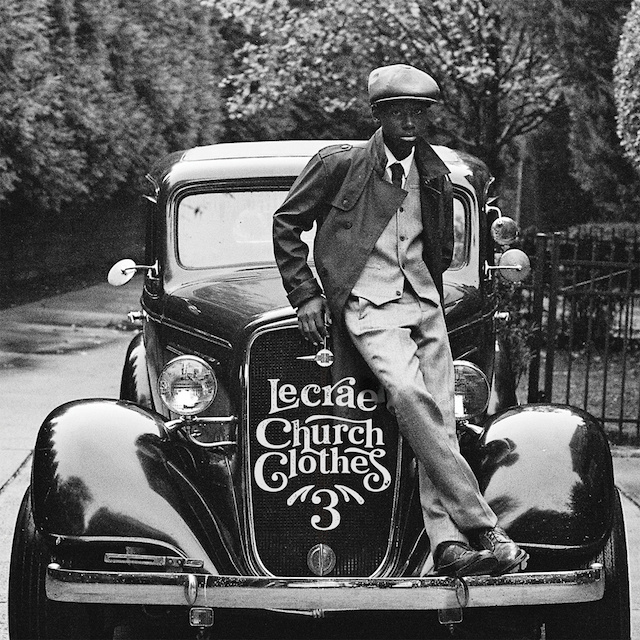