For the Fatherless Go in Depth to Talk About "Poetry"

Worship leader and songwriter Jon Shabaglian has released his brand new album Bow Everything. Shabaglian is part of the Psalmist Mission, an organization set up tp train up other gifted and Godly artists. Bow Everything is a labor of love for Shabaglian and his team, which took more than two years to write and record.

"Ater 2 years of investment- recording & songwriting with giants, pouring into 3 Worship Music Cohorts of Psalmists and recording them on 4 of the tracks, Shabaglianreveals. "May 28 we're OFFICIALLY releasing this full length "Bow Everything" record, with singles you've heard during the pain of 2020, and ones saved until this moment!

After years of making music, I've truly never been apart of artistry at this level, all wrapped up in a Jesus burrito of creativity, mentorship, collaboration, and messages I believe are right from Gods heart to us... right now!"

One of the singles that preceded the album's release is "Shalom," which was written by Shabaglian, Sam Hart, Aaron Shust & Jonathan Hendrickson.   Shabaglian describes the song as "a tender prayer that grows into a gospel declaration of Gods peace!" He continues, "With so much painful news these days, let's drink in Gods peace!" 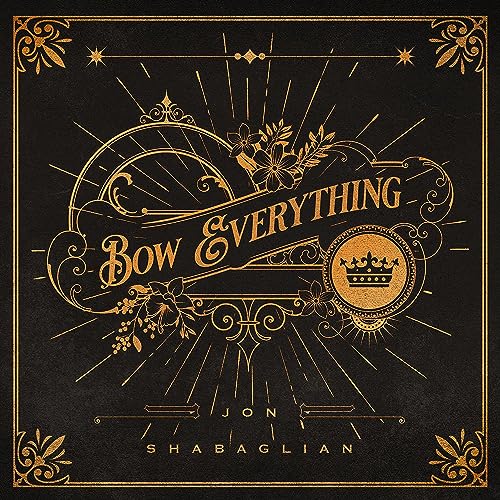