SENSERE Reveal Why They Decide to Cover Earth, Wind and Fire's "Fantasy"

Bryan McCleery Reminds Us Who Jesus is with "Mighty Redeemer"

Matt Maher Celebrates the Value of Friendship with Drew Holcomb

Alan Jackson Scales Back on Performing as He Struggles with Illness

Worship For Everyone Releases "Move" Just in Time for Pentecost

The Taylors Drop Their First Album in Two Years

Citizens Dare Us to Embrace the Mystery with "Imagination"

Today Hillsong Conferences are arguably the best attended conferences in the world.  Geoff Bullock, the megachurch's first worship pastor, was one of the pioneers in getting the conference started.  He was the founder of "Hillsong Australia Music."  From 1987 to 1995, Bullock was the church's worship pastor who wrote, recorded, and led their perennial live album recordings.  He wrote some of Hillsong's best worship songs including "The Great Southland," "This Kingdom,""Power of Your Love," "Father of Lights," and many others.

Bullock left the church in 1995 citing burntout as the reason.  In an interview with Sight, he says: "I burnt out, I suppose. At the time I was so convinced that God was asking me to leave and (now) I'm just not so sure... I just knew I had to go and I think, in a way, it was escaping a damaging spirituality that I'd allowed to happen. I don't want to blame those guys for it - it was my problem. Now I have become a very different person and so you can see that there was a divergence of style and theology and concept that came from it." 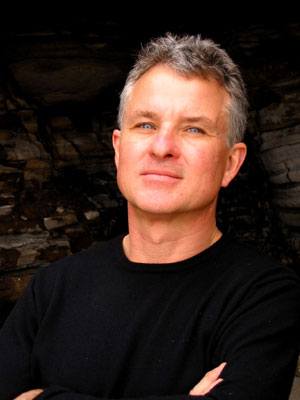 Elaborating a little bit more with Christianfaith, he confesses: "But after Hillsong '95 I just felt so broken and so failed, I thought, "Look, I could just fall over dead and no one would notice." But then I had this profound sense, and it grew: in fact, I would say it was the strongest spiritual encounter I had with God, where he said, through a whole lot of ways, to do something: that I had to go.

And it took three months and a whole lot of conversations, but eventually I wrote a letter and handed it on by a friend. I didn't have the courage to do it to their face, but I knew that if I didn't do what I felt God was saying... I had a choice: either I follow God or follow the church.

In the end, I'd rather build my relationship, my spirituality, on trying to discern what God's saying to me and that's how I left. And it really was the great divorce. It was unnecessarily bitter and divisive and that I found very confusing."

So, what has Bullock been doing since he left Hillsong Church?  Bullock continues to write music and he has also re-recorded many of the songs he had written for Hillsong with revised lyrics.  On 22 August 2011, Bullock revisited many of the church's classic songs on the newly issued triple CD compilation album, The Power of Your Love - The Songs of Geoff Bullock.

It is in this time of brokenness, Bullock re-envisaged the Gospel of Jesus Christ, that it is not about us reaching out for God.  Rather, it's God who relentless chases after us.  This has led Bullock to change many of his earlier writings to reflect this truth.  He continues: "The wonderful truth is that the "Lord you come to me to let my heart be changed, renewed flowing from the grace that I found in you" that the "weaknesses that I see in me are being stripped away by the power of your love." Isn't that so wonderful? Sometimes I wonder if we simply don't understand what God has already done for us in Jesus.

So I changed that song to a confession of what God has done. It's not "hold me close" but "you hold me close". No matter how dry and disappointed I am, to be able to say to myself, "It's okay, he's holding you. You're depressed, life is tough, but nothing's changed between you and God. You're not a disappointment." And perhaps that also relates back to my experience with my father."

During the past eight years Geoff has increasingly turned his hand to writing books, articles and poetry. In 1998, his first book; 'Hands of Grace', was released with great success. In 2000, he followed this with; 'Power of Your Love: Jesus the unexpected God.' This book was "short listed" for the "Australian Christian Book of the year: 2000-2001".

Geoff continues to write songs that speak of the unmerited grace, mercy and love of God.