Andrew Ripp Reveals How His Mother Inspired "In Good Hands"

"These recent 'end of the world' predictions, based on incomplete or bad theology, have made all of Christianity look foolish," says Walters.  "The on-going rapture 'twitter war' over the internet also makes Christianity look bad and accomplishes nothing. That is one reason we took the bold step of sending this book, free of charge, to 1000 Christian leaders in the U.S. Only a national discussion among the experts can help resolve this issue of whether our churches should prepare. And this book is a great vehicle to begin the conversation."

Walters hopes that the book stirs pastors and Christian leaders to prepare their church members to face what he says may be the "greatest challenge in the history of the Church."

"We need a free and open debate on this issue. And what is the issue? Is it the timing of the Rapture? No, although that is what everyone argues about. The real issue is whether or not Christians will face the Tribulation and the Antichrist's deceptions and persecutions. If there's even the slightest chance that we will face that time, we need to prepare every believer. It isn't a question of who is right or wrong. It is a question of safety. That is my call and passion."

Though he feels his research is sound, Walters says there was a reason he put a question mark at the end of his book title.

"We couldn't have a more diverse collection of opinions among Christians," says Walters, "yet, everyone thinks they know the answer. So I titled the book with a questions mark just to remind myself and everyone reading that we are frail human beings, and other Christians who love Jesus just as much as we do have different thoughts on this matter." 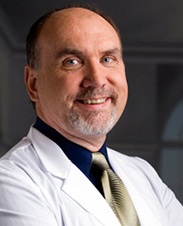 Nelson Walters is the Director of The Gospel in the End Times Ministries, an international ministry dedicated to assisting the Church live out the Gospel and the love of Jesus in light of prophesied future events. Nelson is a popular blogger, a conference speaker, and has written three books: "Are We Ready for Jesus?" (2015), "Revelation Deciphered" (2016), and "Rapture: Case Closed?" (2017).   He is a bi-weekly contributor on RedState Radio's "The Watchmen," and a regular guest on the American Family Radio Network's "The Moral Dilemma" as well as Joel Richardson's "The Underground."   By trade, he is a practicing dentist, earning his Doctor of Dental Medicine degree, along with a Master's degree in Business Administration and a Master's degree in Health Administration from the University of Pittsburgh.  Visitwww.TheGospelintheEndTimes.com.