Proclaiming "We Believe" that "God's Not Dead," GRAMMY®-nominated, Platinum-selling Newsboys brought their signature sound to Europe earlier this month, appearing at history-making events in Scotland and Italy.

The band performed at the Billy Graham Evangelistic Association's Central Scotland Will Graham Celebration of Hope at Falkirk Stadium. Nearly 10,000 people attended the weekend-long Scottish outreach, which also featured music from The Afters and Aaron Shust. Led by Will Graham-grandson of the late Billy Graham and eldest son of evangelist Franklin Graham-the event saw more than 700 people respond to the invitation to make a commitment to Christ.

Further proving the power of music in sharing the Gospel around the world, Newsboys headlined one of the first-ever evangelical concerts in Rome. The group's Italian debut drew more 1,000 people at the city's CEIZS Church. 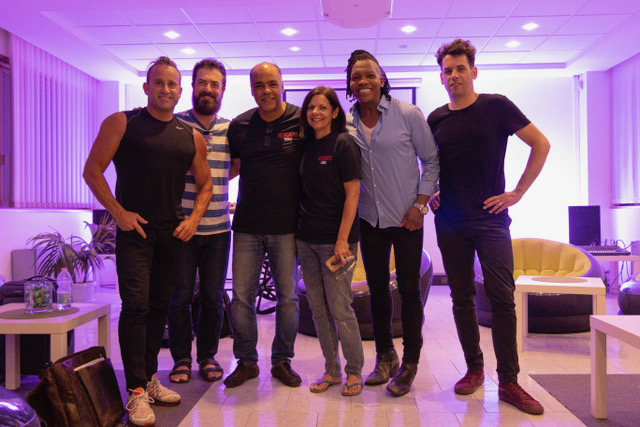 Following a history-making spring run which played to capacity audiences across the country, the "Newsboys United Tour" returns to the road for 20 U.S. dates this summer. Showcasing Newsboys' current lineup alongside former group members Peter Furler and Phil Joel, the "Newsboys United Tour" features the most popular songs from the groundbreaking band's unparalleled career, bringing together "all the hits... under one roof... for one tour."