Author Richard Pearson On the Place of America, 9/11 and COVID-19 in Bible Prophecy

Did You Know Zach Williams' "The Struggle" Was the First Song He Wrote After Becoming a Christian?

Lecrae, GAWVI, WHATUPRG, 1K PHEW and More to Appear on the Soundtrack of "Blue Miracle"

NEDY Says No to Bullying with the Autobiographical "Made to Be"

A recent Barna survey of adults who identified as atheists, agnostics and religiously-unaffiliated showed that 45% agreed with the statement that "Christianity is extremist." Some of the extremist behaviors cited included refraining from smoking tobacco or drinking alcohol, waiting until marriage to have sex, or attending church on a weekly basis.  In his new book, "The Treasured King", author and bible study teacher Jeff Middleton says many people believe that the essence of Christianity is following the right rules- even rules that are extra-biblical like smoking, dancing or playing cards- but Middleton says arguments over what is right and wrong often get entangled with the reality of sin.

"In many ways, the theology of our day is so weak, we make sin inconsequential," says Middleton. "All I have to do is say, 'God, forgive me for my sins,' superficially quoting 1 John 1:9. Many Christians believe in 'cheap grace' - living a life by the flesh and believing that they can simply recite an apology to God and be absolved from the consequences. This is not God's plan for His people. God is not legalistic, but when we confess and repent, He wants us to come before Him with genuine brokenness over our sin. He wants us to recognize the magnitude of our disobedience so we can grasp the magnitude of His forgiveness, grace, and love."

In "The Treasured King", Middleton takes an in-depth look into the life of David. The Bible devotes more scripture to David than any other human being, and Middleton says there is a good reason for that.

"David is a lot like us. He was not perfect. His transgressions included lust, adultery, lying, and murder. Each time that God called him out for his mess-ups, David passionately repented.  However, there were still ramifications for his indiscretions. The principle that 'we reap what we sow' is consistent throughout Scripture, and it still applies to our culture today."

Middleton says that many people do not understand that being forgiven of a sin does not negate the impact it has on their lives.

"A lot of times the very problems that we go through can be traced to bad decisions that we made," says Middleton. "And although there is not an exact formula of what consequences will result from certain sin, we can learn from David's life that sin devastates. When Paul wrote, 'Do not be deceived,' he was not talking to non-believers. This was Paul talking to believers who had  been set free from the bondage of the law and now live in the freedom of grace, through faith in Jesus Christ. Yet he knew that even when there is liberty from sin, sin is crouching at the door waiting to devour our lives. He is warning Christians to be careful of the life they live, because there are always consequences for our sin, even after grace." 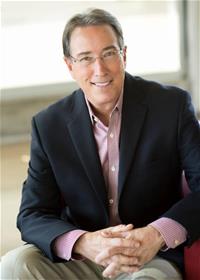 Jeff Middleton has been teaching bible study classes for over 30 years. He is the founding board member of the Biblical Marriage Institute which trains and equips the Church to model, teach and advance biblical marriage throughout the world. He earned a Bachelor's degree from Guilford College as well as studied Leadership Development at Harvard University. His career as an Executive Sales and Management Consultant included a 15 year tenure with IBM. He and his wife of 34 years reside in Birmingham, Alabama. For more information, visit .