Chevon Corlew-Coleman to Honor Frontline Workers with "Rock With Me"

Branan Murphy Discusses His New Music and the Dangers of Boredom

John Baker, Author and Co-Founder of Celebrate Recovery, Passes Away

Catch The Fire Music, a ministry of Catch The Fire World, releases its debut collective album, Presence (Live From Toronto), Jan. 25 with global distribution for the first time through The Fuel Music. Recorded live at Catch The Fire Toronto and featuring worship leaders from around the world, this full-length album highlights 10-songs that capture the raw, spontaneous, unfiltered worship of the Catch The Fire movement.

"This project captures the fiery essence of who we are as a worship movement and the cry of our hearts to encounter God's transforming presence," says Chris Shealy. "We are a family of worshippers from around the world, brought together by a passion for God's presence.

"Encountering God is at the heart of what we do," continues Shealy. "Every time we gather to worship, we want to see hearts set on fire with love for Jesus, sons and daughters discovering true freedom and God moving among us just as He wants to."

6. "Weep No More + Like You Promised [Live] Feat. Chris And Summer Shealy"

8. "What A Father [Live] Feat. Chris And Summer Shealy"

The new album will also be available at the Revival 25 Conference being held Jan 22 - 25, 2019 at Catch The Fire Toronto, a thriving multi-cultural and multi-generational church. This global reunion event will celebrate the 25th anniversary of what has become known as the Toronto Blessing, a revival that spread to hundreds of nations around the world and has been lauded as "the greatest thing that has happened in the Church over the last 100 years." The gathering next month will feature special guest speakers Heidi Baker, Bill Johnson, Brian and Jenn Johnson, Shawn Bolz, Banning Liebscher and more along with worship from Catch The Fire band.

Video trailers for the Revival 25 Conference can be seen at https://youtu.be/qek0xpN_ZKU and https://youtu.be/1kzWJsUcctQ. More conference information and registration details are available at http://ctftoronto.com/revival25.

Established in 2008, The Fuel Music & Management, LLC, is a leading artist management and artist solutions company that independently distributes music internationally. Based in Nashville, TN, the Fuel team brings nearly 70 years of combined music industry experience in record label operations, major label distribution and marketing, and artist management for artists ranging from upstart bands to GRAMMY Award nominated, multi-platinum artists. More information on the company can be found at www.thefuelmusic.com. 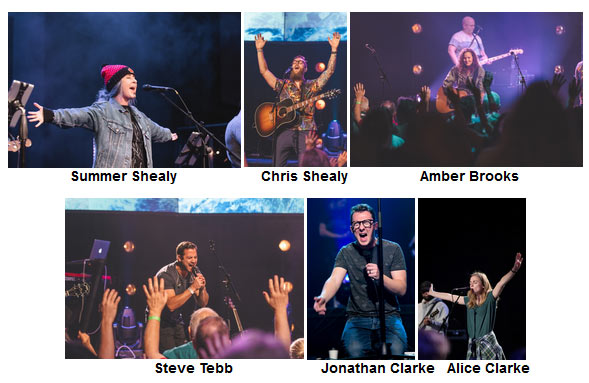