Exclusive Song Premiere: McKamey Legacy's "I Will Trust You Lord"

Rend Collective on New Song: "God has Plans for Us Even When We Lose Sight of Them"

The Gospel Coalition Debates on the Controversial Question of Pro-Life

From the stages of Carnegie Hall and the Kennedy Center to numerous churches and conferences around the country, Charles Billingsley has been one of Christian music's most distinctive artists for nearly 30 years. Billingsley will return with The Shadow of Your Smile. Here's what we know about the album:

2.  The album finds Billingsley tackling 15 jazz standards and the album will be his debut for Club44 Records. Dedicated to the preservation of the Great American Songbook, the boutique label is home to recordings from such renowned entertainers as Linda Lavin, Billy Stritch and Jane Monheit, among others.

4. Billingsley speaks about his heart behind the new record. "From the early days of hearing my parents' vinyls of Sinatra, Pavarotti and Tennessee Ernie Ford, I've had a love for great singers and classic songs from many genres," shares Billingsley. "After 30 years of making music, I felt like it was finally time to record some of these great tunes that people all over the world love-songs that evoke fond memories and nostalgia. The past few years have been hard, and so many of us seem to have lost our smile. I hope The Shadow of Your Smile will help bring some joy back."

"Music and art, the things we create-it's all from God, and we use it for His glory," Billingsley adds. "It's my prayer that these songs can help expand my reach as an artist, taking me to new places to share the love of God with others."

5. Album opener "Perfect" is the project's singular original, a Bublé-esque ode to love. Co-penned by Billingsley and Jacob Holman, the carefree pop tune sets the stage for Bilingsley's take on iconic Broadway, Jazz and Big Band hits spanning a century.

Alongside the wistfully reflective title cut, The Shadow of Your Smile is highlighted by such classics as "It Had To Be You" and "Beyond The Sea"; Broadway showstoppers "Bring Him Home" (Les Misérables) and "You'll Never Walk Alone" (Carousel); and standout collaborations including "The Very Thought of You," a duet with award-winning recording artist TaRanda Greene; "Time to Say Goodbye," featuring acclaimed soprano Adelaide Trombetta; and a soaring a cappella rendition of "America, The Beautiful" showcasing popular vocal ensemble Voctave.

6. Pre-add The Shadow of Your Smile now and receive instant access to the lead single, "It Had To Be You," on April 15. 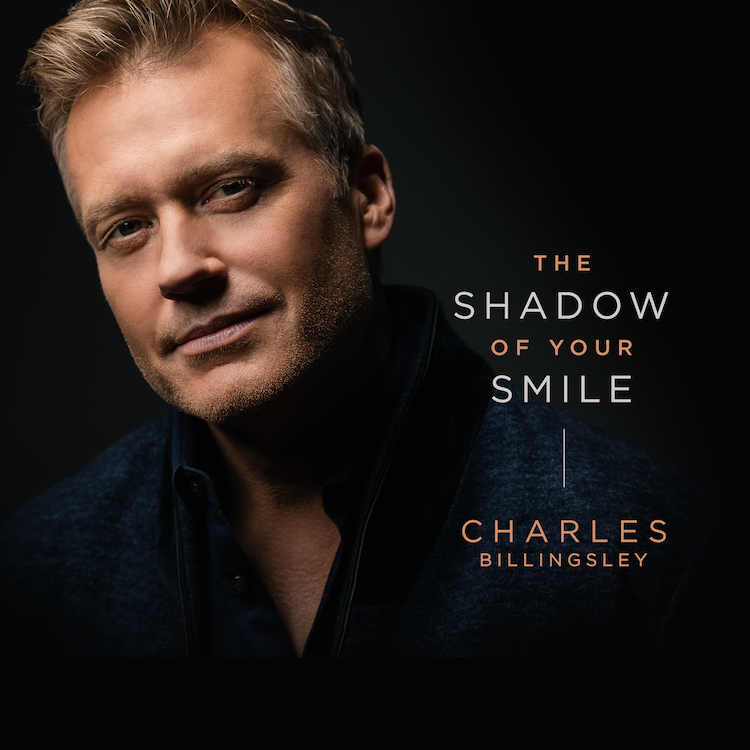