TAYA “For All My Life” Album Review

Riley Clemmons' "For the Good" Hits Top 5 This Week

Gordon Mote is Now a Doctor

NYT bestselling author and patriarch of A&E's Duck Dynasty, Phil Roberston will be releasing his next book release - Uncanceled: Finding Meaning and Peace in a Culture of Accusations, Shame, and Condemnation  on February 8 via Thomas Nelson.

In the new book, Phil Robertson delivers a blueprint for standing up for the truth of Jesus Christ in a culture that has forgotten how to have respectful conversation and often suppresses conservative opinions and biblical values. Phil reminds readers that Jesus would refuse to embrace the violence, aggressiveness, and hatred that cancel culture is. Cancel culture breeds an atmosphere where no one can do wrong, which is entirely impossible as we are all sinners. In the end, no one will escape cancel culture unscathed.

In Uncanceled, Robertson uncovers the motivations and faulty thinking behind our human desire to cancel other people, including our sinful desire to "play God." He reminds readers that the goal is not to win the public relations war, or to convince the masses to love (or even like) us, but to win the war for our own integrity by refusing to bow down to the god of political correctness.

Instead, it's time to trade cancelling and retaliation for the love and forgiveness that God continually offers. When we recognize who the real opposition is--the Evil One--and embrace that Jesus Christ already paid an enormous debt to cancel our sins, we will find a path to redemption, a way to forgiveness, and a means for godly connection.

Robertson is a professional hunter who invented his own duck call and founded the successful Duck Commander Company. He also starred in the popular television series on A&E, Duck Dynasty, and is now the host of the new subscription television series In the Woods with Phil on BlazeTV.com. He is a New York Times bestselling author of Jesus Politics; The Theft of America's Soul; Happy, Happy, Happy; and UnPHILtered. He and his wife, Kay, live in West Monroe, Louisiana. He has five children, eighteen grandchildren, and seven great-grandchildren. 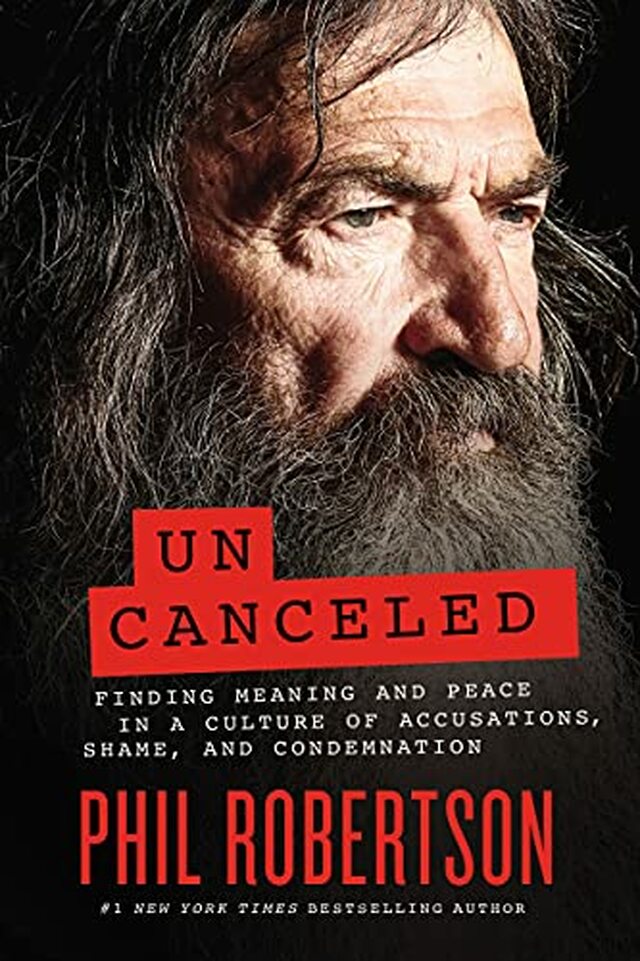