Here Are the Lyrics to Sarah Reeves' "Jealousy"

TAYA to Be Featured in Two Major Tours

Dove Award-winning musician and songwriter Tasha Cobbs Leonard will be releasing her forthcoming album Hymns via Motown Gospel. Here are 7 things you may not know about her new album "Hymns."

1. The album will be released on October 7.

2. Earlier this year in Chicago, Cobbs Leonard hosted a live album recording in the presence of friends, family, and fans. The new LP is a close one to the musician's heart, as it consists mostly of hymns and church standards she grew up listening to, but now reimagined for a new generation.

3. The first single to be released off the new album is "The Moment," a beautiful culmination of so much - layered harmonies and tender vocals that swell and eventually explode into a magnificent session of pure praise and worship.

4. In celebration of the new album, Tasha Cobbs Leonard is taking to the road with performances of the new work. She will be performing at the legendary Ryman Auditorium in Nashville on September 26 and will be performing at Tabernacle in Atlanta on the eve of Hymns release. More dates to follow. Information on tickets here http://www.tashacobbsleonard.com/.

5. The new LP is a close one to the musician's heart, as it consists mostly of hymns and church standards she grew up listening to, but now reimagined for a new generation. Hymns features a number of guests that help elevate the album as one of the must-hear gospel projects of the year.

Jesus Lover Of My Soul (feat. The Walls Group)

The Church I Grew Up In

It Is Well (feat. Jennifer Hudson and Ricky Dillard) 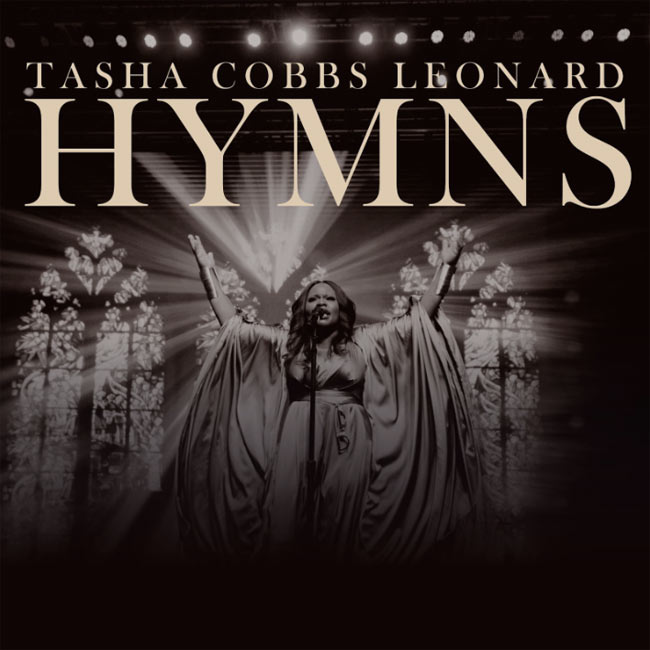