Anchor Hymns Release "We Will Feast in The House of Zion"

Over the years, Craig Smith's career has included titles of Dove-nominated musician, pastor, and ministry leader.  Now, his heart for encouraging others to spend the first moments of the day with Christ has inspired his debut devotional Awake In the Dawn. This simple daily offering of encouragement leads you into the strength, wisdom, and spiritual adventure of living the Lord's Prayer.

Q: Craig, thanks for doing this interview with us. Let's start with yourself: tell us a little about yourself and your current ministry.

My first 21 years were spent in Louisville, Kentucky. Around 11 years of age I began asking my parents to let me take drum lessons. They finally gave in, and by age thirteen I was playing in local bands and hoping for stardom like all the other young musicians in town.

This continued through the years. Along the way a band manager was added who originated from New York City. We thought surely, he would be the key to our success. However, after several years of performing in clubs, school proms, college campuses, opening for more well-known bands, and the release of several records in the attempt to rocket the band to stardom, somehow stardom evaded us. It did however supply sufficient regional success to allow each of our young minds to explode with enormous egos.

Also, along the way, I met the girl who would become my wife. We just celebrated our fiftieth wedding anniversary, though in the beginning it looked like we might not celebrate 50 weeks.

Then the unthinkable occurred, the band's manager become a Christian and suddenly had an abrupt change in his values, ones which did not match the values of ego driven rock musicians. He continued to relentlessly share his new faith with my wife and me until we both recognized the need for the grace and wonder of a relationship with Jesus. We too became Christians which led to redirecting the trajectory of our lives.

We moved to Missouri, attended a Bible College, then on to Fort Smith, Arkansas where we worked in a small ministry to youth. During that season I began writing songs and sharing them and our story in small venues and churches. One of those venues led to a recording contract with a Christian record label as well as increased touring.

A few years later we were approached by the church which had been our home base to consider pastoring the church as the senior pastor had stepped down. After a season to pray and process, we accepted. There was of course much less touring, but that has now been our life for almost three decades.

Q: Tell us briefly what is your new book "Awake in the Dawn" about?

The book contains 365 daily devotions based on the main keys of The Lord's Prayer. The vision and mission of the Awake in the Dawn project is to provide helpful ministry tools to encourage people to spend increased, one on one, time with God.

Q: Why the Lord's Prayer? Why is this prayer important to you?

Three basic keys exist which lead to a healthy spiritual life: Intentional, methodical Bible reading, consistent prayer, and fellowship with other believers. Bible reading and fellowship are relatively measurable, tangible items. By that I mean you can track where and what you're reading in the Bible and how much time your spending reading. You can also easily track your time with Christian brothers and sisters in genuine fellowship. That is fellowship which encourages each other onward in their Christian walk.

Prayer is a bit less tangible and a bit more mystical. I used to find it easy to read long sections of Scripture or use a Bible study guide of some sort, but prayer seemed a little elusive. I could run through prayer time in a few short minutes.

I'd passed through the Lord's Prayer countless times. It is of course wonderfully beautiful, poetic, and powerful as it is, but then I began to think of how multi- layered God and his kingdom is which led me to two conclusions:

First, the disciples had observed the effectiveness of Jesus' ministry and observed prayer as one of his mainstays. When they asked him to teach them to pray, he purposefully responded with the paramount prayer. Is it the only way to pray, is it the only pattern? No, but do you think for a minute that Jesus, who wanted his disciples then and now, to experience the apex effect from prayer, would give them his less than "A" game? No way! He presented them with the best and winning pattern for prayer.

Second, though his prayer to them is a work of truth and beauty as written, it is also his divine multi-layered outline for a tremendous deep dive into intercession if desired. Not only that, but it is the divine design for daily living.

Q: Why did you decide to write a devotional?

Honestly this is the result of years of early rising for the purpose of communing with the one who saved my pathetic life, and all because of his love, the depth of which I'll never completely understand, this side of heaven. Every follower of Jesus is to be a pursuer of Jesus; to be like him.

Post Covid has left the USA church with 40 to 50% less people participating in a weekly in person gathering. Christianity has been in decline in America for a few decades. A recent survey reported about 46% of pastors in America are looking for an exit ramp to do something else because of burnout.

There are probably many reasons for this, but there is one of which I am certain. We've used methods other than the pattern Jesus gave us for the solid healthy relationship with God he intended.

Nothing will replace the needed spiritual nourishment from one on one time in communion with God in his Word, prayer, and then right fellowship with others in the church.

Q: How can this book help our readers in their faith and their walk with Jesus?

Awake in the Dawn is a simple "on ramp" to consistent and purposeful devotional time. Each of the daily devotions follows one of the main keys, in sequence, from the Lord's Prayer. A Bible verse is provided following the theme verse. Then some comments to inspire some thoughts, followed by a simple prayer.

Q: Can this book be used within the context of the family or/and church?

Absolutely! And, we are hoping a growing community of Awake in the Dawn early risers will emerge, to seek the Lord, his heart and his will and begin resetting the culture by resetting our hearts to sync with his.

Q: In terms of music, are you currently working on a new record? What can fans be looking forward to?

First, the audio version of the book which is available now, was produced to provide a special ambiance to daily devotions.

This coming year we hope to introduce the companion to the devotional which is a simple guidebook to the incredible prayer model of Jesus.

One additional comment I'd like to make is the proceeds from the Awake in the Dawn book will be directed to the non-profit mission work to reach children. More can be learned about the mission side by visiting www.village2village.co 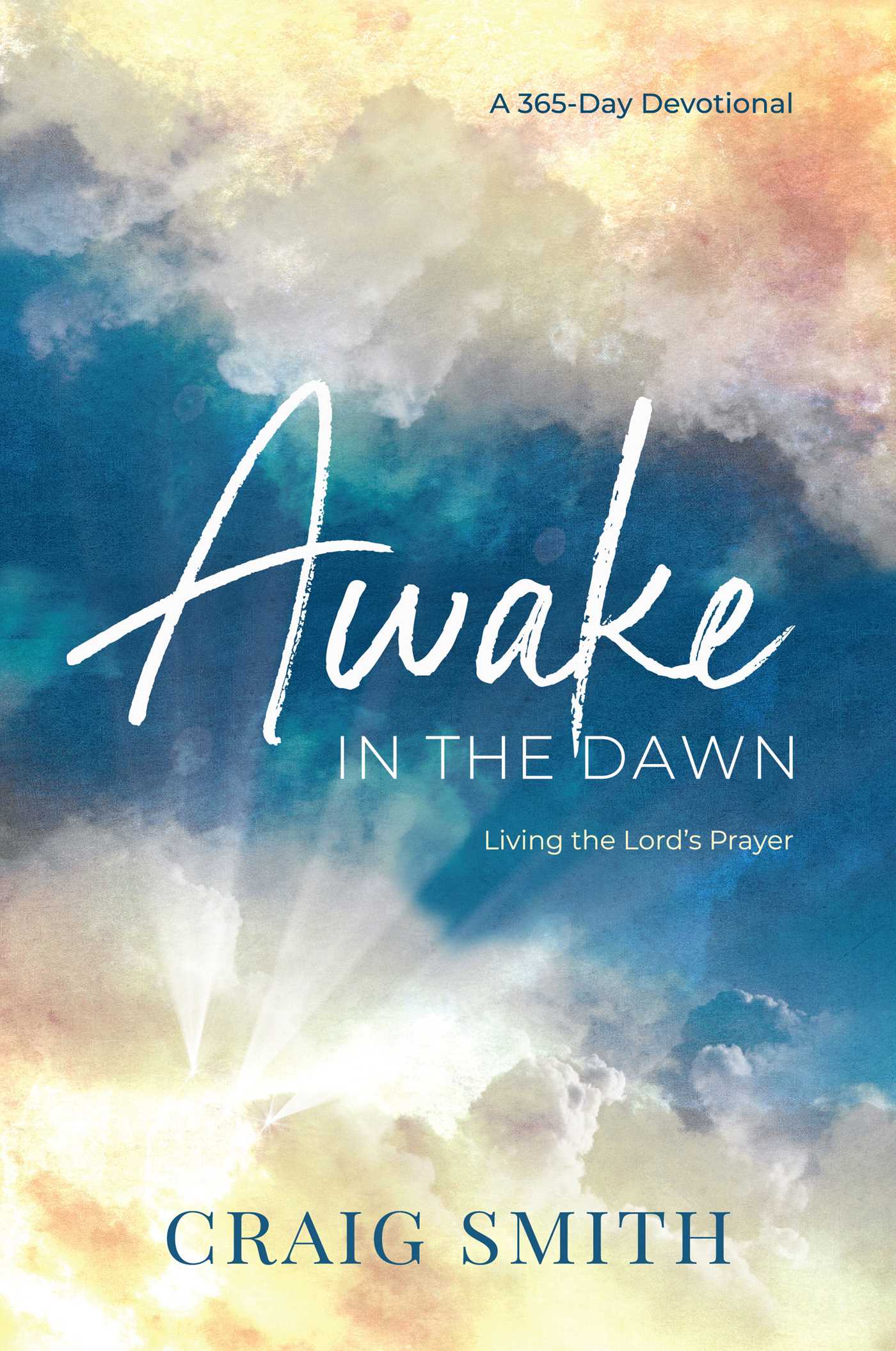