Justin Bieber to Address Issues of Justice, Suffering and Pain with "Justice"

The Sharps Welcome Back Tony Lewis

One of the two nuns who was involved in a lawsuit with pop star Katy Perry over the sale of a convent in Los Angeles has collapsed and died during a court appearance related to the case.

Sister Catherine Rose Holzman, 89, was a member of an order of elderly nuns involved in a dispute over the sale of their convent. Hours before her death, Holzman spoke to local media, decrying the ruling clearing the way for the archdiocese of Los Angeles to sell the convent to Perry. She told Fox 11 Los Angeles: "To Katy Perry, please stop."

"It's not doing anyone any good except hurting a lot of people.

In 2015, Perry shelled out nearly $15 million for a sprawling 8-acre Los Feliz, California villa estate (formerly the Sisters of the Immaculate Heart of Mary convent) because it's unique, spectacular and blessed with good karma.

Holzman served the church "with dedication and love for many years", Archbishop Jose Gomez said in a statement.

"I was sad to hear the news of her passing and I have offered a mass for the repose of her soul," he said.

"We extend our prayers today to the Immaculate Heart of Mary community and to all her friends and loved ones. 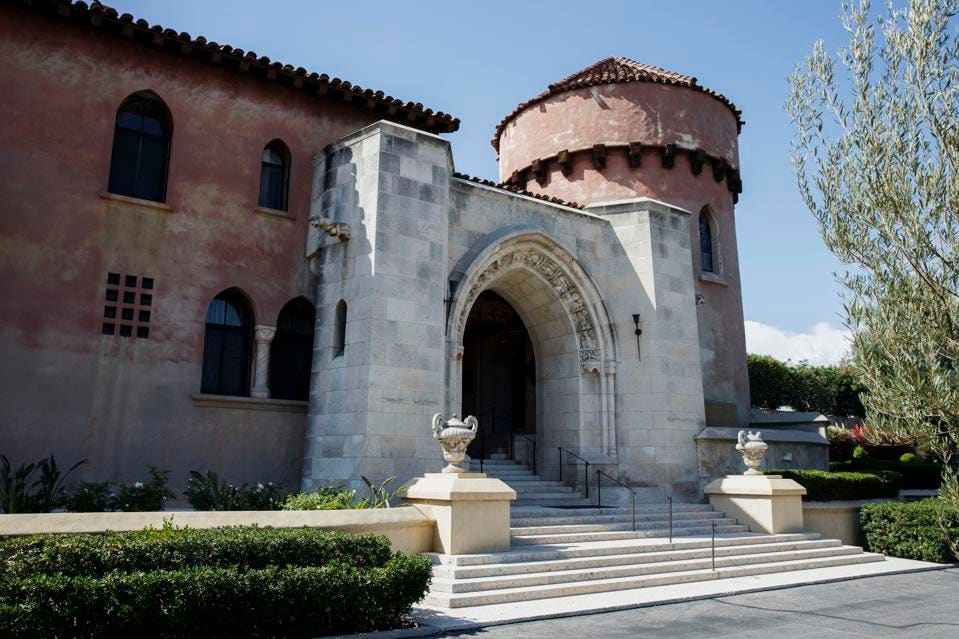 The Medieval-inspired Spanish Gothic estate is located in the hills of Los Feliz. Photo by Patrick T. Fallon/Bloomberg