Lauren Daigle Has the Most #1s Among CCM Female Artists

Abi Gledhill Shares About Her Journey, Mental Health & the Making of "Meet Me Here"

Story Behind The Lore Family's "The World Needs a Song"

Tribute Quartet Celebrates their 15th Anniversary with "Once Again"

The Kingdom Heirs posted recently that their piano player, Andy Stringfield, and his wife Rachel, have welcomed a new addition to their family.

Just in case you're wondering, the little guy is not named after award-winning Gospel singer/songwriter/producer (and former Gaither Vocal Band member) Marshall Hall. It's just a coincidence, explains Andy in an Instagram comment: "Hall was my grandparents' last name, and I just liked Marshall, and I didn't think about that until [Rachel and I] were both already hooked on it."

This is the first child for the Stringfields, but they also have a "fur-baby"- their dog, Cilla. Judging by these Facebook photos, Cilla seems to be adapting pretty well to Marshall's arrival. 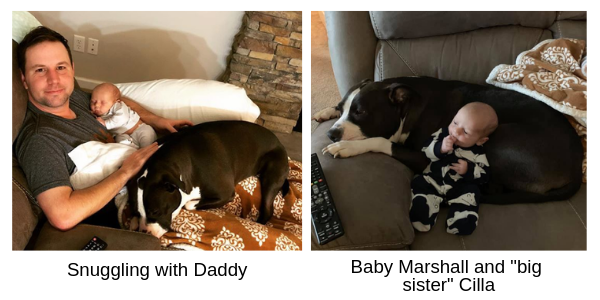